Pierre has worked in the Airline business for 28 years as regional director and corporate director responsible for the running of operations in Europe, Middle East and Africa. Responsibilities included customer service standards and safety as well as a wide range of business units and budgets.

Pierre is an Irish national who has lived in the UK since 1996.

John Constable is headteacher at Langley Grammar School. Prior to his appointment in 2010, he held senior leadership posts in selective and partially-selective schools in Buckinghamshire and Hertfordshire, and originally qualified as a Physics teacher.  He is a trained Ofsted inspector and a National Leader of Education with experience of supporting school improvement through the Slough Teaching School Alliance. He is a committed member of the Slough Association of Secondary Headteachers and a member of the SASH Education Trust. 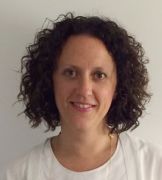 Emma is our Lead Governor for Safeguarding and has 20 year’s experience in the Public Sector working within Greater London and the Thames Valley area and is also a Business Owner in the Utilities market. Emma’s daughter is a pupil in year 7 and has settled in very well to secondary school life.  Emma is also an active member of the Ditton Park Academy Parent Teachers Association. 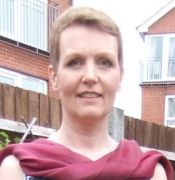 Born and educated in Germany, Petra has been living in England for 25 years.  After her two children, now aged 17 and 12, had started school she decided to change her career from being a Holistic Beauty Therapist to working as support staff in schools, initially secondary, now primary. Petra then graduated from Bucks New University in 2015 with a first degree BA (Hons) in Primary Education and is currently finishing her Initial Teacher Training at a local primary school.  Petra feels passionately about making good education available for all children and is the governor responsible for the provision of SEN at Ditton Park Academy. 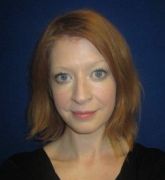 Gillian Dawson is a qualified teacher who is the lead Creative Arts teacher at Ditton Park Academy. She has also worked locally at Windsor Boys School, Upton Court Grammar School, Slough and is an ongoing Curriculum Advisor for the Green Room School, Windsor.

Nick Caulfield has been a qualified teacher for over 21 years and has enjoyed every moment of his career to date. He trained at Carnegie College, Leeds where he graduated with a BEd Honours degree specialising in Physical Education. Sport will always play an important role in his life as he believes it encourages the development of teamwork, leadership, hard work, healthy lifestyles and decision making qualities along with an insistence on the highest expectations and standards.

Before moving to Longford Community School in 1998 he taught in Camberley, Surrey. He was appointed as sole Deputy Principal of Rivers Academy in 2012, having previously becoming a Deputy Headteacher in 2005.

Mr Caulfield feels privileged to be the Principal of Ditton Park Academy and to be a part of shaping the future of education in Slough in a time of significant and rapid change. He believes that as individuals we are all unique and that is why this very unique situation of working in very close collaboration with all the secondary school Headteachers in Slough is very exciting and can only lead to a very bright and successful future for its young people.

Venkatesh works in an IT consulting organization and has worked with many Telecom Service Provider companies around the world. He is an engineer by profession. He is passionate about Education in general. His primary area of work is working with Business to roll out new initiatives into the market. He is also an active member in the Parent-Teacher organization at DPA.

*
Cookie Notice: We use cookies on this site to improve your user experience.
Accept Find out more